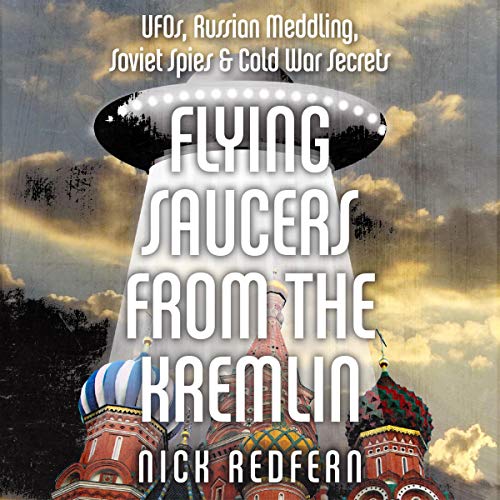 Russian meddling: These are two words that just about everyone has come to know very well in the last few years. Only a fool – or someone with an agenda of a sinister kind – would deny that such meddling occurred. But how many know that, for decades, the Russians secretly used the UFO phenomenon as a means to try and destabilize the West? Why did the Russians try to recruit some of the most well-known UFO “contactees” of the 1950s? What’s the connection between the KGB and the notorious Majestic 12 documents? Why did the Soviet Union fabricate tales of aliens and feed them to the Pentagon? Does the UFO meddling still continue to this day? These are just a few of the many questions that Nick Redfern answers in his chilling new book.

Nick Redfern is the author of more than 40 books including Men in Black, Women in Black, The Roswell UFO Conspiracy, and 365 Days of UFOs. Nick has appeared on many TV shows, including the BBC’s Out of This World, the SyFy Channel’s Proof Positive, the History Channel’s Monster Quest, America’s Book of Secrets and UFO Hunters, National Geographic Channel’s Paranatural, and MSNBC’s Countdown with Keith Olbermann.

The official website for Beacon Audiobooks may be found at http://www.beaconaudiobooks.com