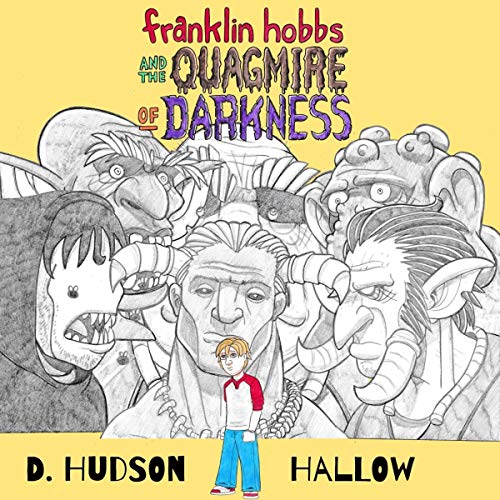 In a quiet Minnesota town, twelve-year-old Franklin Hobbs and his mother, Angel, find themselves being stalked by a malicious foe, one that can appear as a human in almost every way, except for a single detail…it doesn’t have a face. The saga all begins on the eve of his tenth birthday. While Franklin sleeps soundly, he is visited by two competing entities; one that wants to murder him and one that hopes to help him. He awakens the next morning to find out that he has been healed of a crippling injury, which had kept him bound to a wheelchair since he was two. But on the same night, he is also gifted with strange and wonderful powers that he will need as he journeys to discover who he really is and why he is being hunted. With the help of some faithful friends, Franklin Hobbs will do battle with bloodthirsty beasts and encounter other savage monsters as he travels out of Earth and into a dark, parallel version of what he knows. Here, on his enemy’s territory, he will also face the most dangerous opposition of all…the Darkness that grows inside of him.

Beacon Audiobooks has just released  “Franklin Hobbs and the Quagmire of Darkness” the new novel written by author D. Hudson Hallow and narrated by Dan Gilvezan. Download your copy on Audible today:

The official website for Beacon Audiobooks  may be found at http://www.beaconaudiobooks.com