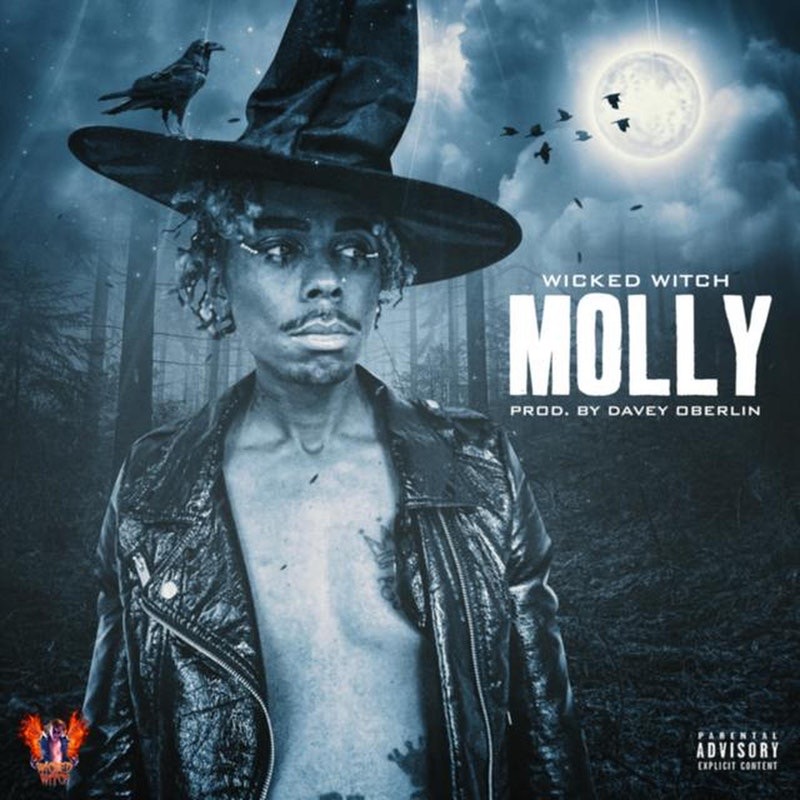 He’s risen from the ashes like the great Phoenix, with a persona like a human tornado with a warped space whirling around a central singularity. He’s rubbed elbows with Ozzie Osbourne, Marilyn Manson, Jeff Beck, Nancy Wilson, and David Oberlin from Korn who produced his newest music. He an artist as well as a singer/songwriter who is successfully following his own inspiration.

World meet “Wicked Witch!” Spawned from the waves of collaborative diversity, the art of thinking independently together, figuring out how to walk through the world together using differences as strengths. I first encountered him at the Grammy Soirée and I was sure he was exceptional. Then two weeks later I celebrated his presence at International designer Sue Wong’s Oscar Party and our fate was sealed…..

Wicked Witch has The Wicked Witch Foundation a vehicle to help new, unsigned artists rise. He is also planning an anti-bullying effort. I spoke to the Witch regarding his career and his future endeavors. 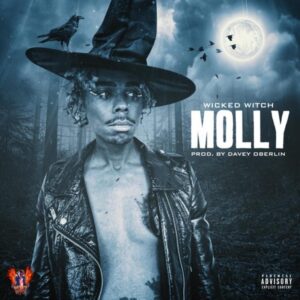 What inspired you to want to become part of the music world?

What inspired your name, “Wicked Witch?”

I was at a concert accompanied by Ozzy Osbourne and he basically baptized me in front of a lot of people and that’s how Wicked Witch was born, right after that.

If you could have your ultimate stage fantasy what would have to happen?

Oh man….me on stage with Rob Zombie, Ozzy Osbourne again, Marilyn Manson and all of us just jamming on stage.

When you were growing up who were your major musical influences?

There were a few artists, but they didn’t really inspire me too much to do the music. I always had my own mindset. I liked what they did as far as music, but it was my mom’s work ethic that gave me the drive within my family. I liked  JAY-Z, Incubus, Lincoln Park, Demi Lovato, Avril Lavigne. There were a lot of artists like Whitney Houston inspiring me, their music inspired me but as far as me doing music I always felt like this is what I was supposed to do.

You’re almost about to release your single, do we have a date? 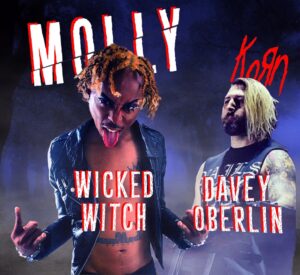 How did you get to meet him?

I’ve noticed some artwork on your media…..is that yours? Are you an artist as well?

Yes I am.  I love drawing. A little bit about that, I’m launching my Wicked Witch fundraiser where I am creating handmade art work which will be definitely available to purchase. My artwork is inspired by my life story. I’m just painting different emotions of what I go through, I know a lot of people go through the same. Painting has always been a way to relax my mind.

What caused you to relocate to LA?

I always saw Snoop Dogg, Dr. Dre and Callie artists on BET. I would notice the palm trees, I was looking at the weather and then in New York all I saw was the projects… I’m not discrediting where I’m from…. I loved it, but it’s real ghetto, it’s the hood, but here I was seeing a whole different environment. I always liked all the Hollywood stars out there and it’s like living the dream to be out there in California. I just had to keep working hard and just make a move. I had to find different places, get a job and everything in the beginning but then things started working out in my favor later on. So, I’m definitely blessed for that.

If you could help me ask you any question in the world what would that question be?

I love that question…I’ve never heard somebody say that…..that’s like a real serious question. How about what did it take for me to become so strong in this kind of industry?

Ok, what is it about you that made you so strong in such a tough, unforgiving industry?

It does take a lot! I would have to say that hitting rock-bottom because there was a point in time that it was either I stayed in Brooklyn or just kept on going. So, I just kept going. There was a point in time I was on the street. I used to walk around to try to figure out what I wanted to do. I was in another state at the time and I was trying to figure out that either I was going back home to New York, or I was going to keep going and make something out of it. So, I just kept going and remembered the crime and everything that I had gone through and it reminded me that if I didn’t keep going and stay focused, I could be back in that situation. That was one situation I definitely didn’t want to be in. I knew it would take a lot of hard work to get where I needed to go. I’m proud of myself, just moving to the grind never giving up. It’s like I’m inspiring my own self…. you just keep going. I want to inspire others at the same time during my journey. 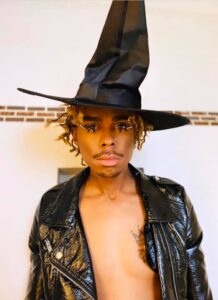 Where do you see yourself in five years?

I see myself really doing the same thing that I’m doing right now but just leveling up. As far as my art I can see that getting better, my foundation I can see more unsigned artists just joining the foundation and making the change. As far as my music I want to hit the Billboards, Grammys, Oscars, that’s where I see myself…..in each category.

Are you working on any new projects at the moment?

As a child growing up, I always had a passion for music, acting and modeling. I’m going to inspire the unsigned talent. That’s what the Wicked Witch Foundation is about, inspiring, guiding, and providing…resources. I am offering opportunities to experience music, fashion, Red Carpets, and networking.