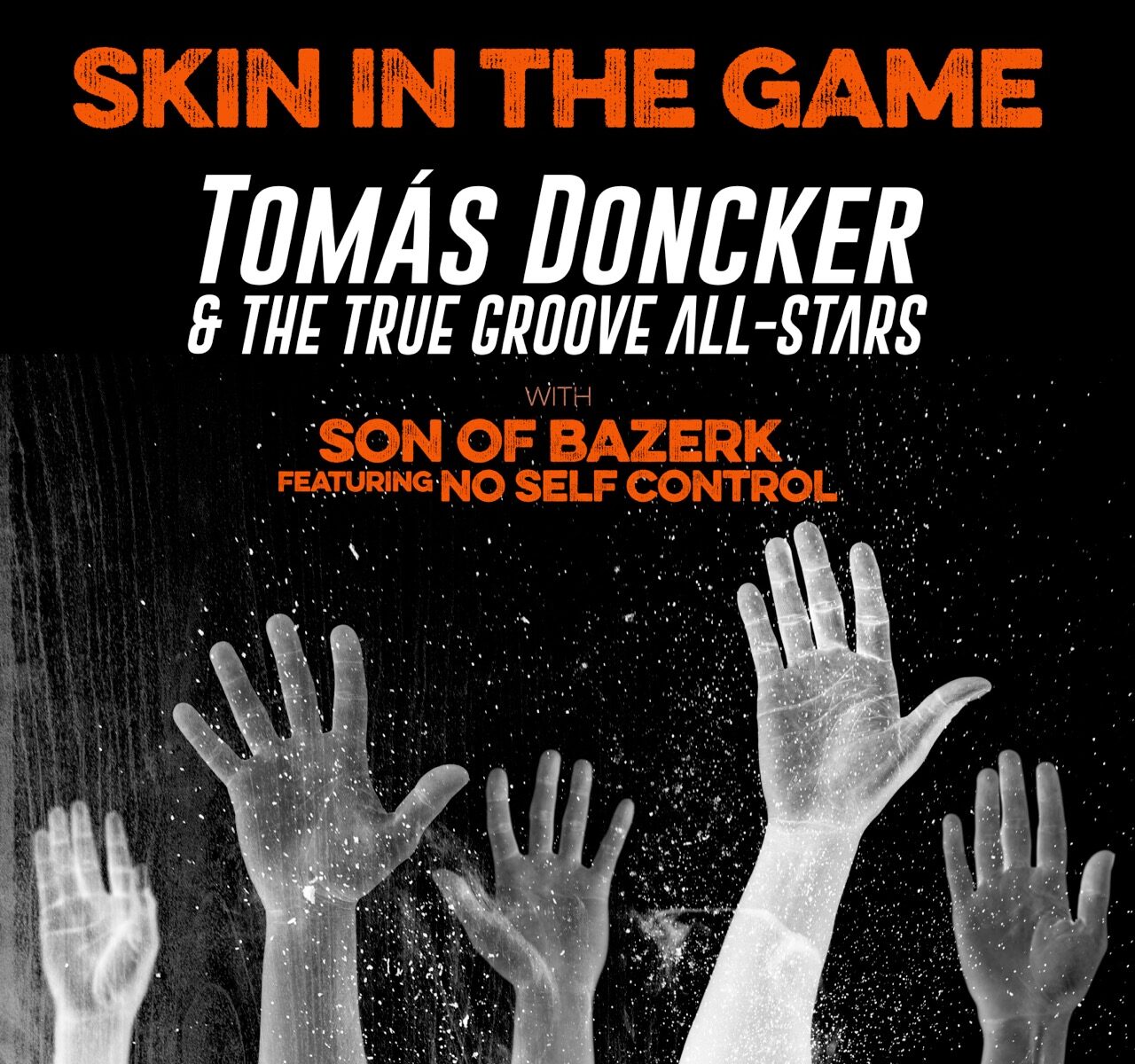 Tomás Doncker & The True Groove All-Stars along with the legendary hip hop group Son of Bazerk featuring No Self Control are releasing their highly anticipated new single and music video “Skin In The Game” on Tuesday, July 23rd, 2019.

The band formed in the mid-1980s, originally as Townhouse 3 with Son of Bazerk, Almighty Jahwell and Daddy Rawe. With the addition of Half Pint, the first hype/rap female M.C., they settled on the name Son Of Bazerk. The group released its debut album in 1991 called Bazerk, Bazerk, Bazerk, credited to Son of Bazerk featuring No Self Control and the Band, (produced by The Bomb Squad.) The album was critically acclaimed, and is considered a classic by other Hip Hop artists, scholars, and fans. Almost 20 years later, the group reunited and released an album produced by DJ Johnny Juice, titled Well Thawed Out on Chuck D ‘s label, Slam Jamz. The band’s return was heralded by such notable publications as The Village Voice and Time Out.

“I’m very excited about expanding my relationship with True Groove. You know what I do, and to be able to add that to the heat that they’re already bringing, well…It’s definitely gonna be funky!”

“To have Keith (Shocklee) as a member of the True Groove Family is such an honor and a blessing. We’re looking forward to pushing the envelope further on the stage, and in the studio. It’s gonna be a blast!”

Shocklee’s first contribution to the label was with Finnish Soul Star Sam Huber- “NY#1: The Keith Shocklee Remix Project”. His upcoming contribution is as co-producer of True Groove label head Tomás Doncker’s “TRAPPED…In The Mess We Made”, the 3rd and final installment of his socially incendiary, critically acclaimed “The Mess We Made” trilogy.

“Skin In The Game,” a colorblind call to arms, is the 1st single from the project and is an all-star collaboration between Doncker, Shocklee, and

The highly anticipated new single “Skin In The Game” will be available worldwide along with the new music video (directed by Dylan Mars Greenberg), on Tuesday July 23, 2019.

The official site for True Groove Records may be found at https://TrueGroove.NYC