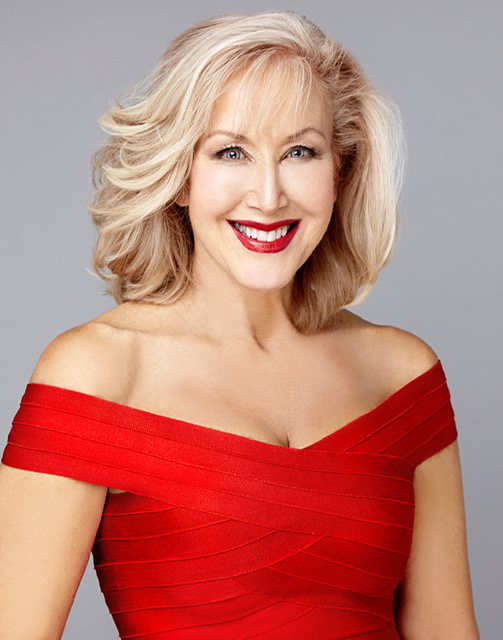 Dubbed by her friends “the Kathy Griffin of fashion”, Wendy’s hilarious, occasionally poignant story of how she became – and has remained for 30 years – one of the most successful “fit” models in the country (that size 8 you’re wearing might very well be based on Wendy Stuart Kaplan’s figure), is told with a Griffin-esque sense of humor untarnished by malice. From studying voodoo in Nigeria through years of taking mind-numbing jobs just to pay the rent, to her success in the present day where she can say of the women’s underwear sold at Wal-Mart, modeled on her size eight body, “I cover the asses of the masses.”

SHE’S THE LAST MODEL STANDING is an “only-in-New-York” tale and an addictive page-turner. Wendy’s humor, intelligence and unique analysis of the fashion/entertainment industry make this memoir a true stand-out in the field. 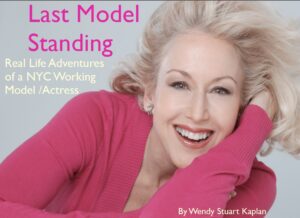 WENDY STUART KAPLAN is one of the top fit models in New York City.  An experienced “clothing technician” and a perfect size 8, she fits everything from outerwear to lingerie.  Her client roster is as eclectic as her career including Eileen Fisher, Roca Wear, London Fog Coats, Warnaco intimates and Christian Dior Swimwear.

As an actress, print model, and stand up comedienne, Wendy has worked in film, television and theatre and has made appearances on many syndicated and daytime talk shows.  Her fun personality and quick sense of humor made her a standout guest whether she was modeling unusual wedding gowns on Geraldo or selling shoes on Speigel TV.  Her ecclectic career also includes being voted Mrs. NY, going on to compete in the National Mrs. America pageant. 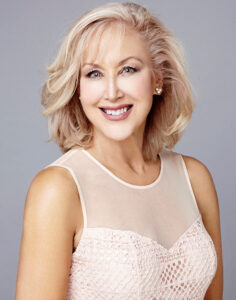 Wendy’s other interests include decorating and animals. Creating an oasis of country style living, her NYC apartment has been featured in many national decorating magazines.  Her original tips and creative ideas have made Wendy a sought after expert in country style.

Also residing with Wendy on the upper east side of Manhattan is her Commercial Photographer husband, Alan and their 14-year-old daughter Kyle.  The entire family has a deep passion for travel but is especially fond of and has made many visits to the Peruvian Amazon.

Get your copy of “She’s The Last Model Standing” by Wendy Stuart Kaplan on Amazon here:

The official website for Wendy Stuart Kaplan may be found at http://www.wendystuarttv.com